Are these UDC members the white supremacists who put up all those racist monuments BLM has warned us about? How about those Confederate veterans above them? Some mighty desperate and despicable folks if you ask me.

At Least They Are Hearing Both Sides. Palatka, Perryville, Sculptor, Virginia. Do All Renamed Confederate Items Have To Be for Blacks?

**  Redmond councilors hear both sides on Confederate flag controversy at 4th of July parade.  (Oregon.  Well, at least they are hearing both sides.)

**  Vance High School officially renamed; other Confederate names to be changed in Charlotte. (North Carolina.  It will now be the Julius J. Chambers High School.  Again, Chambers is a worthy man, but why do all Confederate name changes have to be renamed for Blacks?)

**  Christiansburg approves tribute to African American history to be installed near Confederate  monument.  (Virginia.  Always room for another historical monument.) 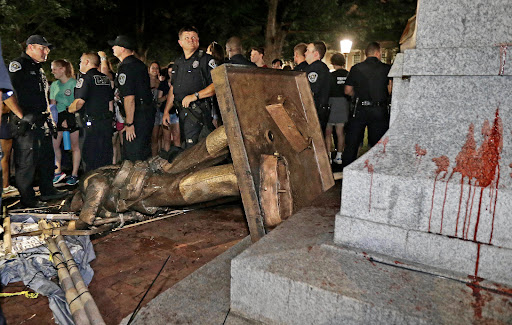 Protesters at UNC pull down "Silent Sam" statue. Look at the photo below. Which one do you think they call desecration? See July 12 post. 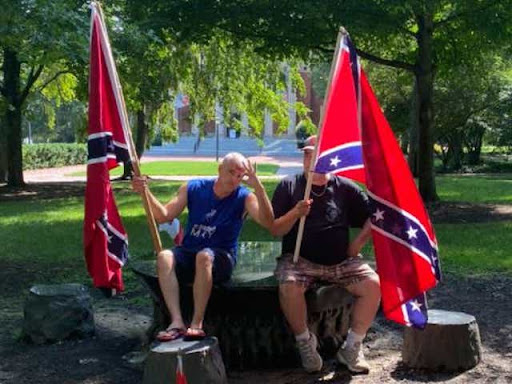 Protesters at the Memorial to Unsung Founders (for Blacks) at UNC. See July 12 post. 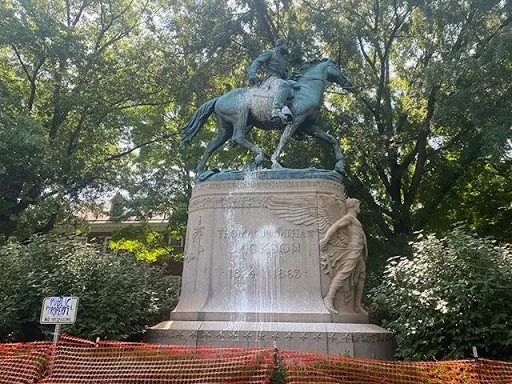 The oft-hit Stonewall Jackson statue in Charlottesville, Va. was hit again. This is actually a hate crime, not vandalism. See July 9 post.. 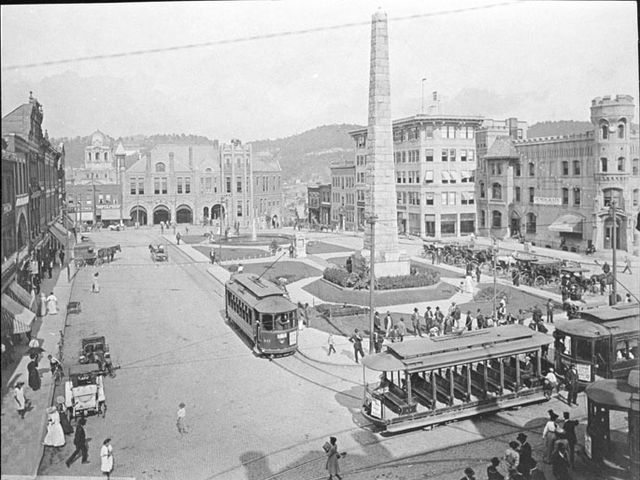 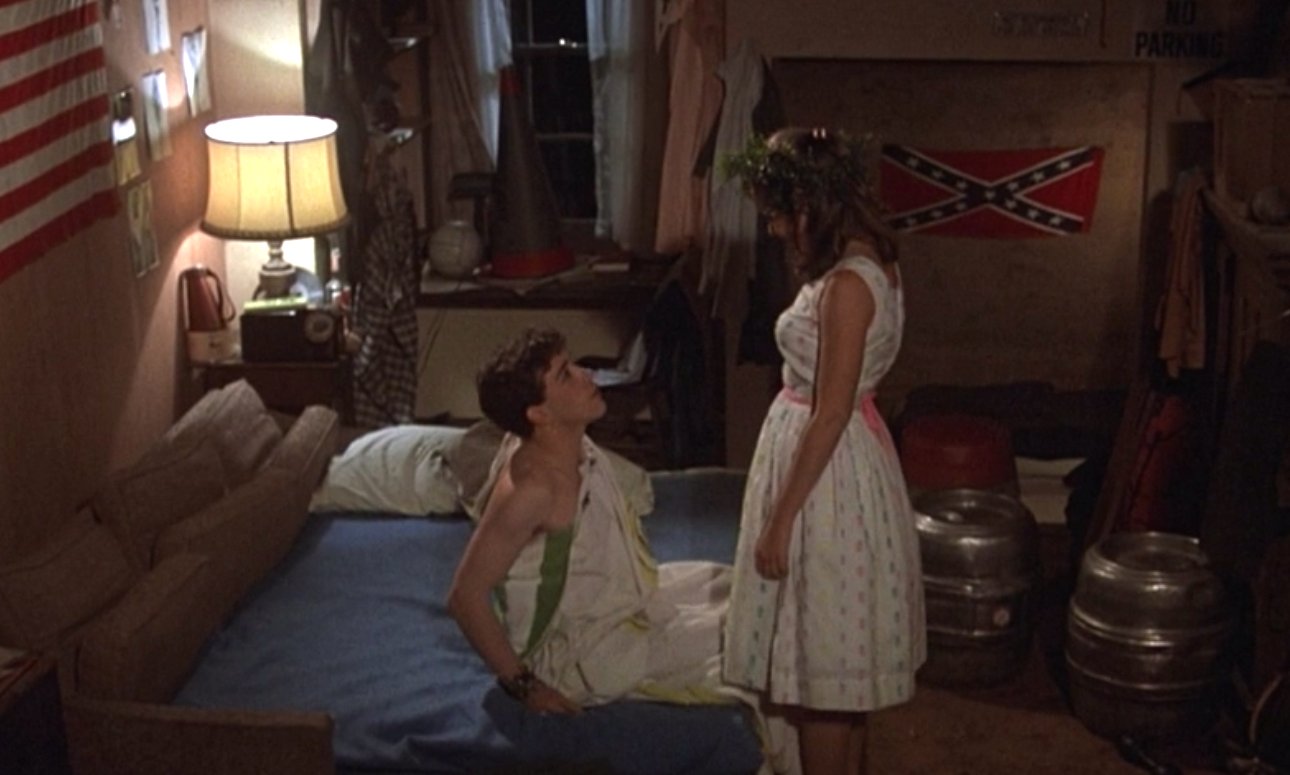 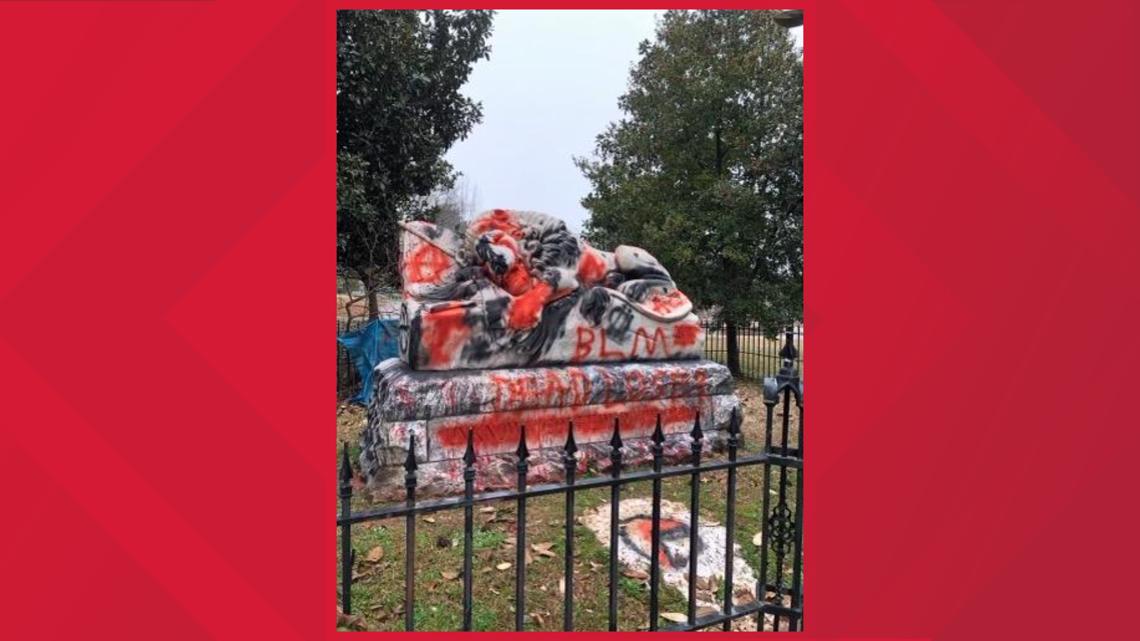 BLM strikes again. Another hate crime by them. 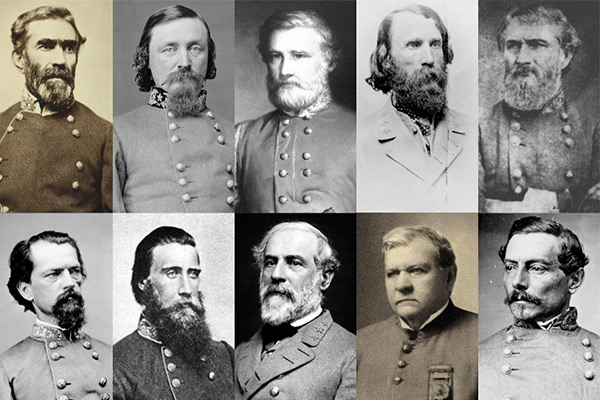 These are the Confederate generals who have bases named after them. I can name all but (going clockwise top left) #3, #5, #7 and #10.. 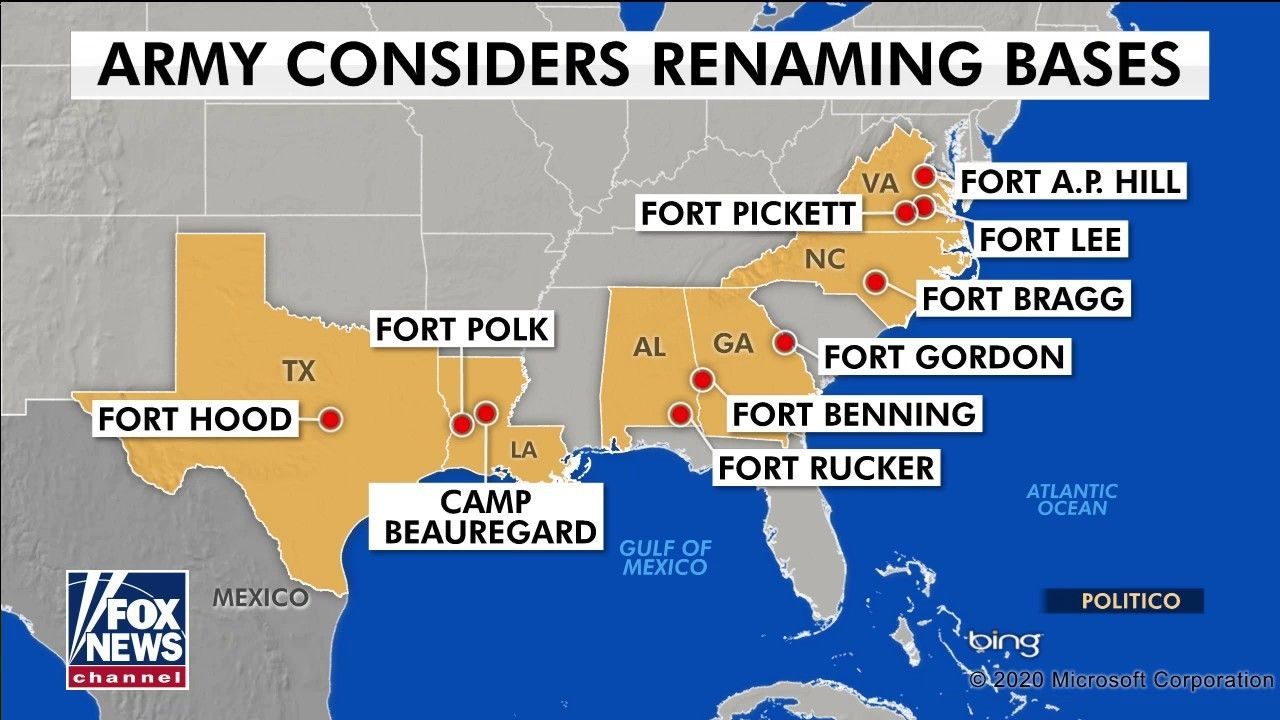 In case you're wondering where the Confederate-named bases are. See most recent posts.

This flag has not been out rioting, looting, burning or committing hate crimes like BLM. If you want to see what a hate crime looks like, take a look at that Robert E. Lee statue in Richmond or what happened to the statue in Portsmouth, Virginia.. 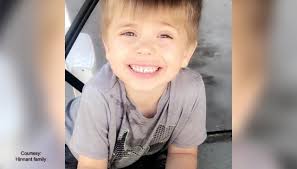 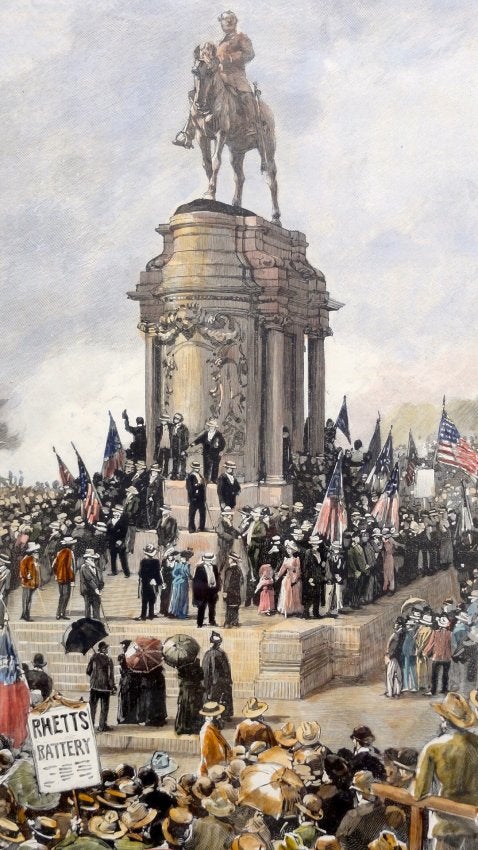 Dedication of R.E. Lee Statue in Richmond, Va., May 28, 1890. Have you seen what it looks like now? Sad Richmond should be ashamed of itself. I think it might be something in their water.